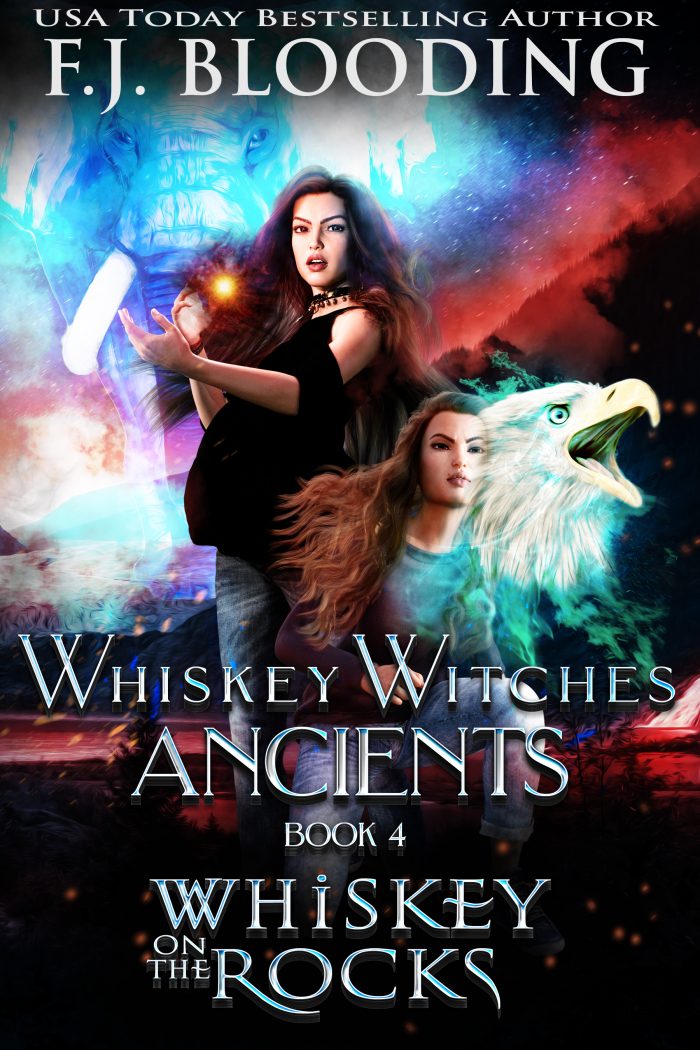 Whiskey On the Rocks

The Whiskeys are growing in power, and the arrival of the ancients aren’t helping anything.

Paige is now eight months pregnant with two ancients, and has just returned from a stint in Heaven that has the Whiskey clan shell-shocked. The world is reacting to Paige’s unborn children and the only thing they can do is ensure they show the world there’s nothing to be frightened of.

But Leslie has lost control of the ancient being inside her, the griffin. And when DoDO, the Department of Delicate Operations, shows up guns blazing to put Leslie out of the world’s misery, Paige steps up in a way no on sees coming.

DoDO represents a threat the Whiskeys have never faced before; a government agency hell bent on keeping the paranormal population down. At all costs. It’s going to take everything Paige has to learn to control the rising power building inside her, help her sister find balance with her ancient, and to save her unborn children.

If you enjoy fast action, strong characters, a tight family unit, and a plot that’s hard to guess, this series is for you. Jim Butcher and Kim Harrison fans love it!

I literally wrote this book without an outline. I started with one at the beginning of the series but that was completely thrown out the window by the time we got to the end of Big Bad Djinn. I hadn't written a novel by the seat of my pants since Devices of War.

But, thanks to the highly intensive work I'd been doing at Real Indie Author as an outliner, I think I did okay.

But that just didn't happen. I said, "Would you like to?" And she politely told me to f- off.

Shane told me when we met that we would be settling in Alaska.  I gotta admit, that was a kind of a deterrent for me. I was like, "Alaska? No, thanks." I mean, it's pretty, but I can see how hard they work just to stay alive.

This book turned out to be me trying to talk my way into being okay with relocating up here. I wrote it after getting married up here, so the references I make are actual locations he dragged me to.

This is a GREAT series to read have loved all that I’ve read so far and WILL be reading the rest.

I can’t say enough how much I LOOOVE these books! I can’t wait for more. Please keep them coming!