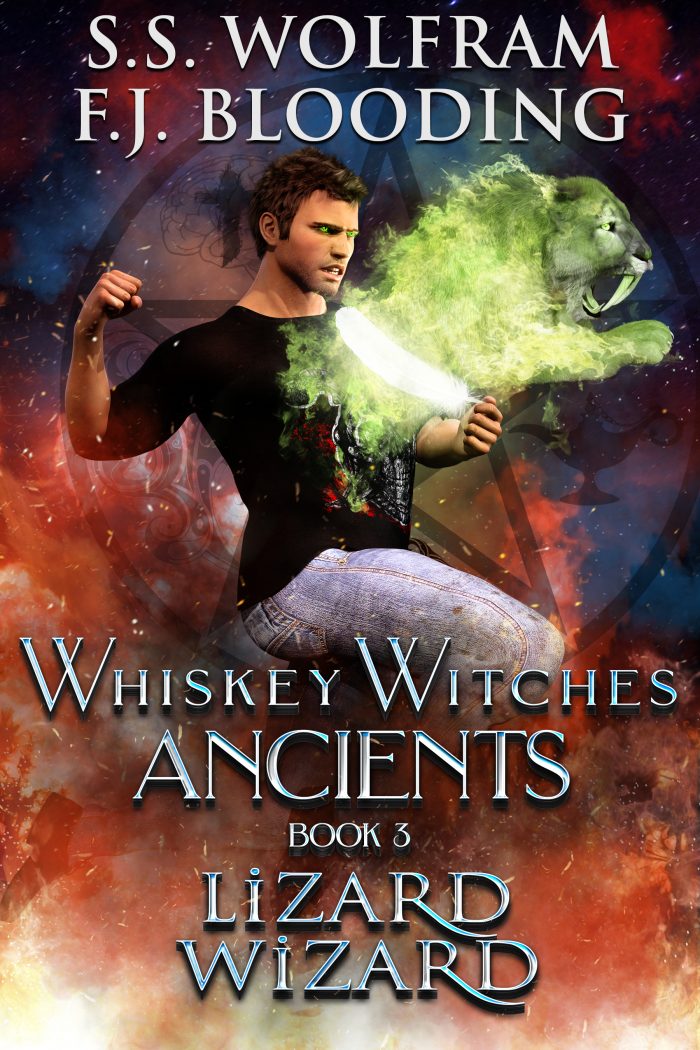 How powerful is powerful enough?

Detective Dexx Colt is going to be a father. Again. He’s already unofficially adopted Leah and Bobby, but now he has a bun in the oven. Twins.

How bad can it be, really? He’s a powerful shifter. She’s a powerful witch. They’re gonna have two powerful babies that might…blow up the town in a tantrum? What could go wrong? It’s unfamiliar ground, and that’s for certain.

So, when Oliver Eastwood’s bank is robbed, he’s thrilled. First, it couldn’t have happened to a better fellow, and second, he can focus on blowing stuff up again. But when that robbery is followed by a strange theft, and the death of one Chuck’s alphas, he begins to suspect he’d better off at the OBGYN with his mate.

He’s about to experience what his twins might be capable of. And it’s terrifying.

If you love Jim Butcher, Shayne Silvers, and Orlando A. Sanchez, you’re sure to find this series entertaining!

We were supposed to release alternately, but my husband gets to focus on writing, where I get to focus on... everything. Editing - yes, guys, this was edited. I know. I'm sorry! We keep catching new things! - and marketing and publishing and websites and... everything else.

So, he was done first. Because of that, I let him get published first. Yes. We race. I might type faster, but he writes books faster.

Shane has such a fantastically dry humor that just comes naturally to him. So, he gets the best titles.

Great writing and an intriguing characters make this a fantastic read. Plus since it is taking place in my home state of Oregon it's an added bonus.

Dexx is a fun character and the perfect partner for Paige. When Paige is called away, Dexx steps up to the plate and proves that he and his awesome crew are able to handle whatever needed to be done. This is a wonderful series, a must read for readers who love witches, shifters, magic and mayhem, and a humorous time. I loved this!

I would recommend this book to anyone who enjoys a great mystery that is full of paranormal creatures and situations that make this book the gem it is!