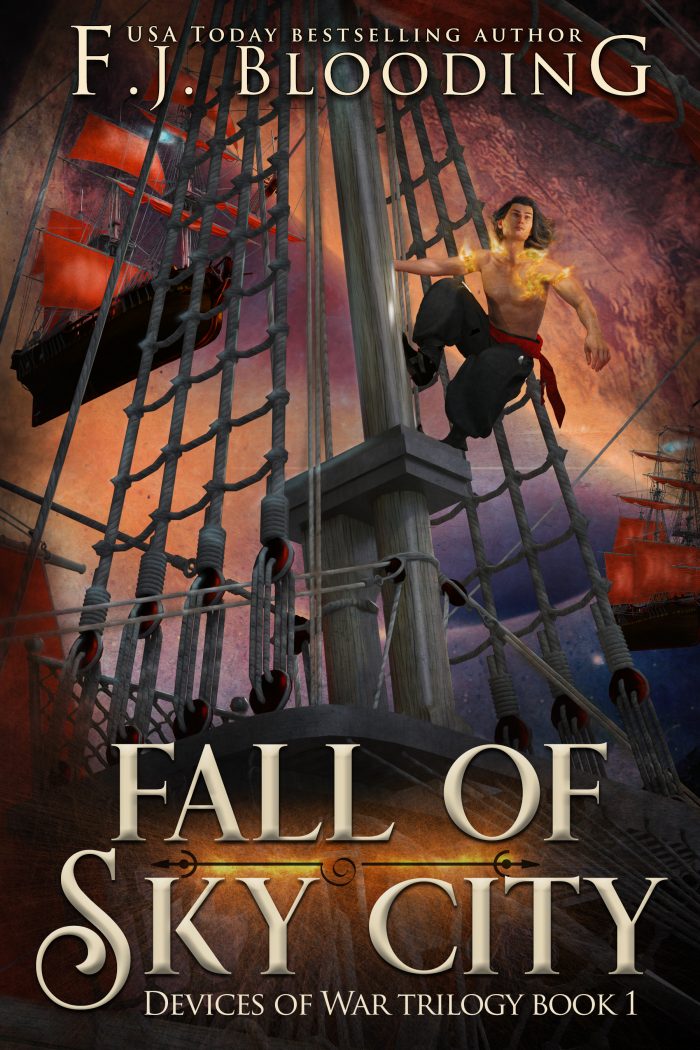 She killed my father. I’m bringing the war to her.

My name is Synn El’Asim and I live on an airship. Our way of life is dictated by seasons—predominately the four-year-long winter that completely freezes the oceans. We are nomads by necessity. Some of us live in the skies, like me. Some on land. Few on the seas. Others reside in the tentacles of large jellyfish we call lethara.

The Hands of Tarot threaten our ways of life. They’re ruled by a queen, Nix, who is trying to destroy the larger tribes. I thought my family and I were safe. We have the largest fleet. We’re fast and we’re strong.

I was wrong. She catches up to us with her metal flying machines and horrifically kills my father. The time for running is over. I’m taking the fight to her and her gear-filled city in the clouds.

In order to create this world, I had to create a styrofoam model of this solar system. We're on a moon of a gas giant orbiting one of two suns, so things like seasons were kind of a challenge for me.

I knew that our intrepid star crossers had crash-landed here, but I didn't know just how hard it would be for them to live here. So... with a lot of research and this model, I was able to theorize what it might be like and how they would have to adapt to survive.

Living on the moon wouldn't be the same as living on earth. We have one sun that controls our seasons and temperatures. Our moon controls our tides, but it's pretty calm here.

That's not the case in this series. The sun and the planet both affect our seasons based on our rotation and our orbit around not just the sun, but also our big, red planet. That's the reason our winters are so-so-so severe. Can you imagine being the first explorers and being trapped out on that ice? That first winter is actually the reason our characters live the way they do, inside the tendrils of the lethara, safe under the ice shelf, or in the airships where they can travel from one warmer pocket to another. It was a challenge to create.

I'm not a linguist. I suck at languages. I'm not gonna lie. But we have this massive world with all these different cultures and I wanted to showcase that we also had a bunch of different languages. Unlike here where we force everyone to speak our language, the use of language was a sign of respect.

Take a look at their origins. All of these people came to this moon on a massive starship. It was a colony ship from a dying Earth that held the peoples of several continents, carrying with them their cultures. I would hope that on a colony ship like that, we'd develop a way to showcase respect by honoring language and culture.

Welcome aboard! You are about to immerse yourself into the world of steampunk adventures and unique fantasy world building; sail the ships through expanse of cool, windy skies, and dive deep into the blue oceans where whole cities have flourished.

Technology galore and exciting modalities...characters to love and excitement that addicts. Absolutely want to fly with this family all the way.

As soon as I saw the cover I HAD to read it. I haven't read too much steampunk but what I have I loved. I have to say this world the author created is even better than any other steampunk I have read. Fall of Sky City is an - I can't put this down, action packed read.