Cart(1)
View cart “Dead Demon Die” has been added to your cart.
Read a Sample 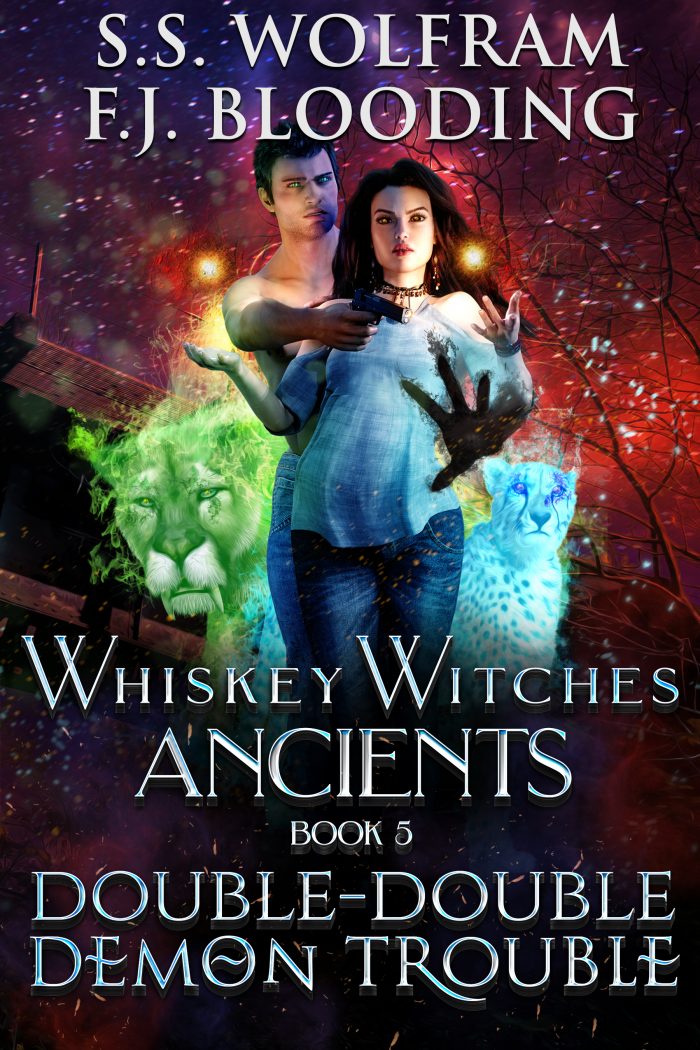 Everything they know is about to explode.

Dexx finally has Paige back, and just in time to bring two amazing balls of world-wrecking joy into this world. But as he and Paige settle in to prepare to finally see their unborn babes—twins, if you can believe it. Yeah. Dexx did that—their world starts to unravel around them.

Two bodies drop. Both with hidden messages just for Paige.

It’s Sven Seven-Tails. He’s back and more powerful than ever before. The last time Dexx and Paige fought him, they’d lost and barely left with their lives. Now?

Well, they’re alone this time. They’ve got the backing of Dexx’s pack and the entire Whiskey witch clan, so they should have a fighting chance.
Right?

This is the beginning of a Whiskey-verse Crossover Event! This event is so big, it’ll take three books and a whole slew of characters to get to the bottom of it. Don’t miss a single chapter. You will regret it!

I am a fan of the Arrow-verse on the CW, and I love-love-love their crossovers. So, I wanted to do something similar in our books!

Sven is one bad mama-jama. But we've also got DoDO and Merry and a slew of others.

With the multiple POV's and all the villains, this was easy to make fast-paced.

Going Back To the Beginning

It was fun for me to go back to Whiskey Witches. It'd been... years since I'd written it the first time. I've literally still got every iteration of that darned book in my head. So, to write this one, I literally had to re-read it and take some serious notes.

With making this series a shared world, I had to have good notes anyway, and it helped that Shane only had one version of the book to remember. He saved our bacon a few times.

I may have a real soft spot for Fat Cat and Daxx- he has such a habit of jumping right in without a whole lot of forethought. He has such a big heart and I do so enjoy his cantankerous ways.

Confounding and cryptic prophecies, confusing actions, people acting totally out of character keep Dexx on the go, trying to prevent a demon apocalypse. But Destiny will not be denied... Riveting! This book grabbed my attention from the first sentence and didn't let go! Can't wait to see what happens next!

The book was a real page turner, so much so that I read it in one sitting. I am looking forward to the next installment of the story and how the birth of the next family members will add to the story!